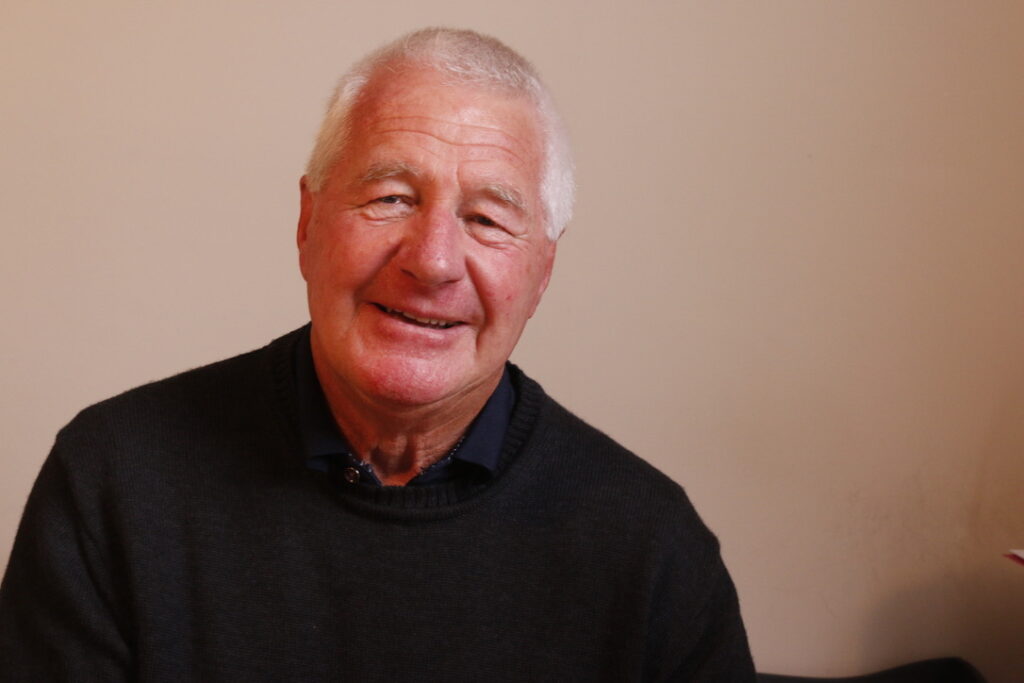 Along with running his own car-repair businesses, Rex Crowther led an industry overhaul. Recently honored for his contribution, he tells Helen Vause about his passion for turning panel beaters into business owners.

“Every industry has a bloke who stands out in front and does all the talking. And that bloke has been me,” says Rex Crowther, still feeling more than a little humble about his recent Queen’s Birthday honour for services to the motor vehicle industry.

“But it doesn’t mean I did all the work all by myself,” says Crowther, deflecting some of the glare of his shiny new medal for his tireless efforts leading the trade association of collision repairers, and his work in education, processes and national representation of the industry.

Crowther was made an officer of the New Zealand Order of Merit.

“When I first heard about this award I almost felt I shouldn’t be accepting it. But then I thought it would be good for the industry,” he says.

It has been quite a journey – with plenty of road trips – from the panel-beating apprenticeship he began in 1967 to the success and recent accolade the 70-something Crowtherfinds himself reflecting on with the Flagstaff.

“Who would have known where it would all lead,” says Crowther, from his little office ‘bolthole’ above Victoria Rd, Devonport.

“I think I was a bit of a pain in the neck to everyone as a kid. And school and I just didn’t gel at all.”

Growing up in Mt Roskill without much of a plan for his future, a panel-beating apprenticeship looked like an okay sort of place to start a life outside school.

“I was mad about cars, but I really wasn’t much good at panel beating.”

But what did fire him up was the business end of the panel-beating shop he was working in. Or rather, how that business might run and the potential for driving it better.

“I’d figured out I wasn’t much good at the hands-on side of panel beating, and that it wasn’t really what I wanted to do. By the time I was 21, I was running the business and really enjoying improving the process. That was where I could see my future.”

One of the better things about schooldays in his part of Auckland was meeting his future wife Lynn, who took a punt on the reluctant Crowther by inviting him to her school ball, and later by backing his business dream.

They married in the 70s, and a house and family soon followed. Then they made the first big move that would later lead to Crowther becoming the owner of one of the country’s largest collision-repair operations.

“We sold our house, our cars, and we bought a panel-beating business in Onehunga. We had two little kids and a whole lot of risk. I look back now and I laugh at what we took on.”

But it all worked out so well they bought a second business in Grey Lynn in 1984.

“I guess that was pretty much unheard of at the time, but I was right into processes and making those businesses work.”

It was a new approach in the panel-beat- ing sector, and a few years later Crowther found himself sharing what he was fast figuring out with the Collision Repair Association and its members.

Panel beating was a dusty, dirty line of work, with noise and nasty spray-paint chemicals. They were the days of practical men physically repairing cars. They could bash out the dings, shine up the chrome and beat vehicles back into shape again with sheer hard work and some skill.

But they were also the days when vehicles, and the way they were put together, were changing fast.

Along with computerised systems, cars were being made of many different materials, and were lighter, stronger and faster. Getting all the bits to join together after accidents became more of a challenge, presenting problems that could be beyond the capacity of old-school workshops.

“It was getting harder and harder to fix cars, and safety was at stake. People’s lives could have been at stake without big changes,” Crowther recalls.

“All around the world, there were horror stories of vehicles that hadn’t been fixed properly.”

He cites numerous examples of repair bungles that could have led to the loss of life, such as faulty indicators or airbags failing to inflate at the right moment.

The sector was in obvious need of an overhaul, including in the education sphere. And Crowther couldn’t resist getting amongst it, even with two thriving businesses to run.

He started with local committees and progressed fast to national representation and becoming president of the New Zealand Collision Repair Association (NZCRA) from 1999 to 2004. For a further 10 years, he was on the board of the Motor IndustryTraining Organisation.

Crowther is proud of the sector’s five-year restructure he’s credited with leading, aim- ing to meet modern consumer expectations for a safe vehicle repair after a collision.

Much of that work was without remuneration and with the support of volunteers.

Crowther also developed better relationships with other stakeholders, like insurers. The workforce needed upskilling fast, and the business owners needed to boost their business skills. All of this would need solid, recognised training courses.

Crowther researched what the rest of the world was doing, and regularly traveled on roadshows around the country, making presentations to the nation’s car repairers and their staff, persuading them of the need to get on board with changing times.

“I was lucky to find the right fit for me. I saw the need in the industry and I’ve loved being part of bringing us up to world standards. We now have highly skilled technicians we can be very proud of.”

If you have a serious prang in this country, he says, you can be confident your car will be in the best hands with Kiwi technicians.

Crowther grew up with a generation of car-crazy boys and says he’s owned more than his share of great cars. “My passion,” he says “I’ve spent a lot of money on cars.”

Boys today, he says, have long lost interest in tinkering with old cars.

“It’s not a bad thing. Who would want them driving around in the old cars we all had at their age?”

It’s now much tougher to attract apprentices, in the North Island at least. Southland, he notes, is more fertile ground for apprenticeships because there’s still a thriving car culture there.

Crowther sold his Auckland Panel and Paint Group in 2008, and plunged into the dream retirement of traveling, golf, fishing and leisure.

Within two years, he tired of that life and set about revamping the industry magazine, Panel Talk. These days, he’s often found in his local office, coaxing out the latest issue and writing editorials. But lately, he’s had cause for another of those national road trips.

Post-lockdown, Crowther is well out of retirement and driving around the country doing what he loves best with his ‘COVID Roadshows’.

With few cars on the road for many weeks, accident rates came to a near standstill. The collision-repair business went very quiet, with the months ahead looking very slow.

Crowther says his roadshow gatherings in the regions have had big turnouts as businesses try to figure out what to do.

“The business owners everywhere want to get together and talk so they’re coming out to meet us in big numbers. No one knows where it’s all going, but most are much more worried about their staff than themselves. Our message to these businesses is about being transparent. I tell them they need to get talking to staff right now, and keep talking to them about the situation.”

“My challenge and passion is about turning people who fix cars into business owners. And it’s been about safety and saving lives too.”

Concern about safety prompts a warning about the vehicles young people drive: “We have to get our kids out of old cars. Don’t let them drive the sort of cars we drove”

This article originally appeared in the 3 July 2020 edition of the Flagstaff. Read online here.

At Collision Repair Association we appreciate your opinion.

Keep an eye out for our next survey

Start a Career in the Collision Repair Industry

Interested in careers in the panelbeating & car painting industry?

Check out our video about career options in the Collision Repair industry.